Fans of the fantasy Warhammer Universe may praise Sigmar as Warhammer: Chaosbane heads to closed beta on March 7th on PlayStation 4, XBOX One, and Steam. Warhammer: Chaosbane is the first action RPG to take place in the Warhammer Fantasy Battles world. Players are hurled into the heart of the Old World, a continent marked by the Great War against Chaos, a bloody conflict which ravaged the Empire of men. They will embody a human, a high elf, a wood elf, or a dwarf, and discover the iconic locations of the Warhammer Fantasy Battles universe that’s captured the imaginations of millions of fans across the world.

In today's announcement Bigben and Eko Software announced the official first phase of the closed beta dates as well as provided us with an "Ask me Anything" AMA video. Players who have pre-ordered the game will gain access to each of the two beta phases.

The first phase will be from March 7th to 13th on PlayStation 4TM, Xbox One, and Steam.

During this beta, players will be able to develop their characters to level 20, explore the sewers of Nuln, and fight Nurgle demons. The beta can be played cooperatively with up to 4 players, either locally or online. Two characters will be available: Konrad, the Imperial soldier, and Elontir, the High-Elf Mage. 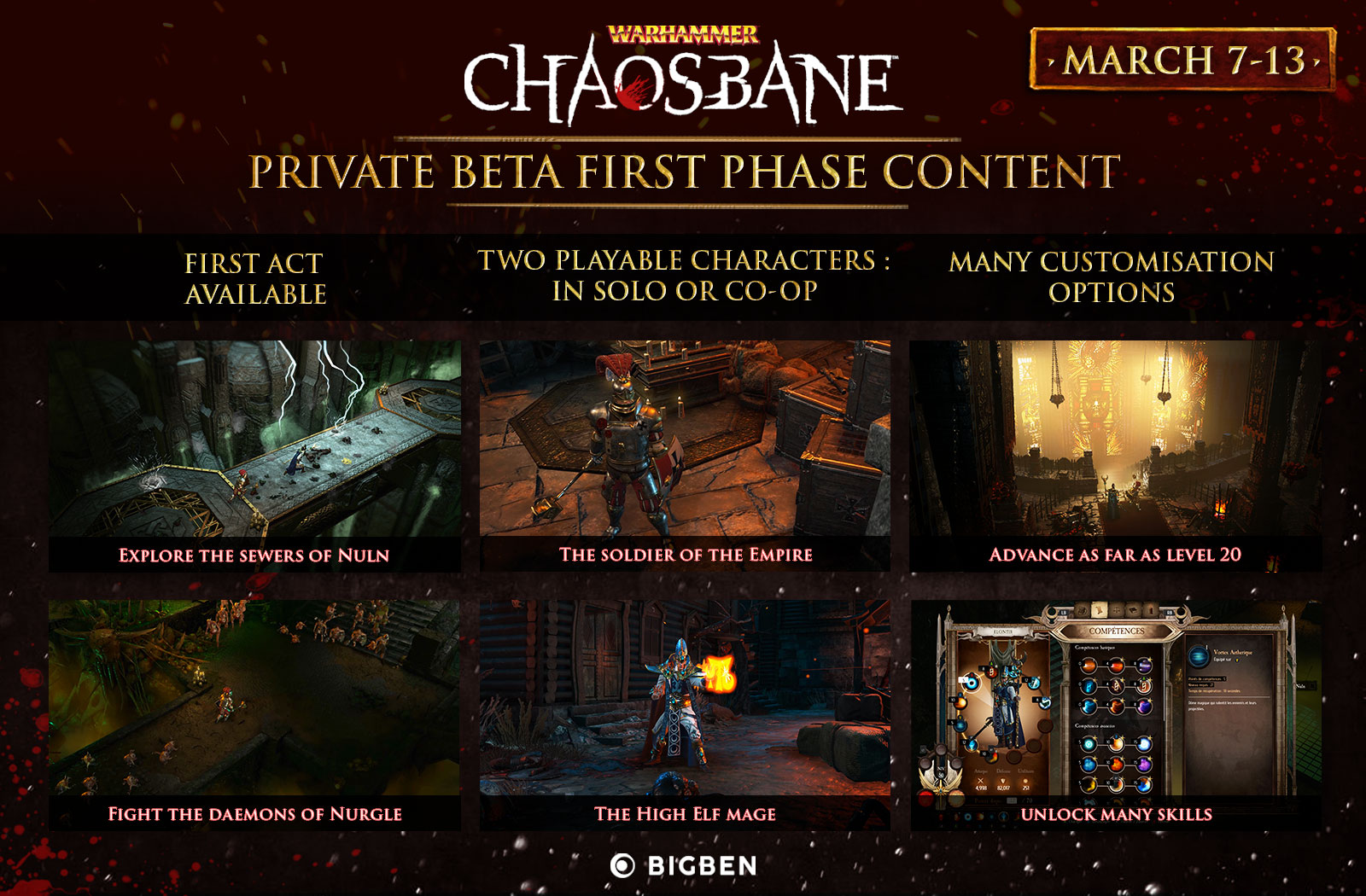 Warhammer: Chaosbane will be available on PlayStation 4TM, Xbox One, and PC starting June 4th, 2019 and beginning May 31st for owners of the Magnus Edition and of the Digital Deluxe edition.

In Warhammer: Chaosbane, each class offers the player distinct abilities and gameplay. As you cooperate, online or locally, with up to 4 players, cooperation and strategy will be essential to doing away with the hordes of Chaos. Unleash Bloodlust, a unique mechanic in Warhammer: Chaosbane, which lets loose a devastating power that can change the outcome of a battle.